THE NEW LAND LAW IN ANDALUCIA 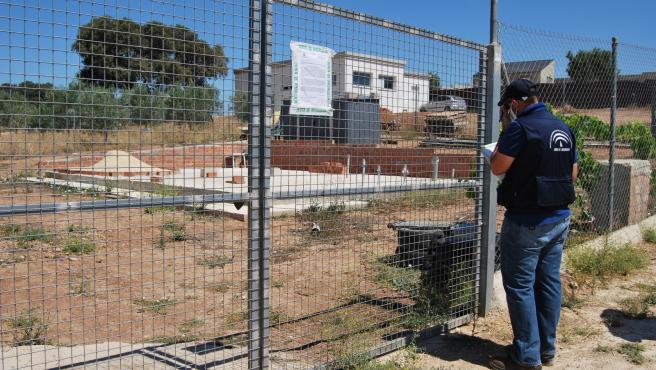 The Law to Promote the Sustainability of the Territory of Andalusia (List), approved in November, which entered into force on December 23 and whose regulations will be approved in the next six months, has been and is one of the banners of the "Government of change" led by Juanma Moreno, who prides himself on having undertaken a "de-ideologized" crusade to lighten the heavy bureaucracy woven in Andalusia after almost 40 years of socialist governments. The new Land Law participates in that idea (which the Board has also developed in its three administrative simplification decree laws) of eliminating obstacles, filters, categories and assumptions that had led to a sclerosis of urban development under the LOUA, approved in 2003

These are some of its keys:

The star measure, and the most controversial, is the one that concerns urban qualifications. Compared to the previous model of three classes of land (urban, developable and non-developable), only two classes are set: urban and rustic. The subcategories of consolidated and unconsolidated urban land are also eliminated. The Board believes that this new categorization realistically and practically reflects the reality of land in Andalusia and avoids establishing redundant cases.

This commitment to remove obstacles to rural spaces, brings about a "regularization" that would affect nearly 300,000 homes built on undeveloped land during the last decades. The Board intends to facilitate its consolidation, although it insists that it is not an "amnesty". Taking these houses out of irregularity will allow organizing and rationalizing an already existing reality, legally prescribed. Providing them with legal certainty reverts to their territorial integration and their environmental adaptation.

The relaunch of the general urban plans of the Andalusian municipalities is another of the workhorses of the Andalusian Government of PP and Citizens. The Minister of Development, Infrastructure and Territory Planning, Marifrán Carazo, has given the example of Macharaviaya, a small town in Malaga that has been unable to carry out a new PGOU for 18 years. Three out of five Andalusian municipalities are without a general plan today.

The duplicities, the excessive obstacles and the refusals in the courts have led to a scenario in which the most usual thing is that a general plan goes ahead in 10 years, which is generally the term for which it is specified. The Board calculates that, with the List, these terms will be greatly reduced, up to two years on average, thanks to giving primacy to the voice of the municipalities over regional auditing.

This supposes a reinforcement of local competences, since the municipalities are allowed to approve their general urban planning plans without facing the approval of each council in the different stages of the process. The regional administration maintains, yes, full powers in matters of land planning and the management of territorial actions. But his "step back" will allow the PGOU to be developed more quickly, especially in smaller localities. Thus, the List has created the figure of the Basic Plan, simpler and with less content, for municipalities with fewer than 10,000 inhabitants that are not coastal and are not part of urban agglomerations.

In line with the crusade for administrative rationalization and simplification undertaken by the regional government, the new Land Law involves the modification of 44 regulations and repeals three laws and three decrees. Counselor Marifrán Carazo values that, without diminishing legal certainty, the List undoes the existing "regulatory tangle", speeds up procedures, reduces deadlines and bureaucratic burden. All this to avoid the paralysis of the urban sector and achieve the launch of new plans that adapt to a reality that has changed a lot since the approval of the now extinct LOUA. the Board understands that the List "gives land use planning a positive approach in such a way that it provides opportunities and is not perceived, as it has been up to now, as another obstacle".

The Law includes the concept of sustainable development from an environmental, social and economic perspective. Measures of respect for the environmental values of natural resources, protection of the coastline, of the historic quarters, as well as speeding up actions on the consolidated city, avoiding the unnecessary occupation of land, are incorporated. Economic sustainability in urban activity entails a guarantee for the execution of the actions and provides certainty to the forecasts of the urban planning instruments.

Another of the legs on which the "philosophy" of the PP-Cs government in Andalusia is based has been that of not hindering private initiative. Faced with a suspicious conception of the private, the new relationship of the Andalusian public administration wants to be sensitive to their demands and facilitate their development within the current framework. Thus, the List incorporates mechanisms for the collaboration of individuals in urban planning activity. The integration and participation of professional associations and certifying entities in the field of licenses is also promoted.