Tolerance in late payment of rent 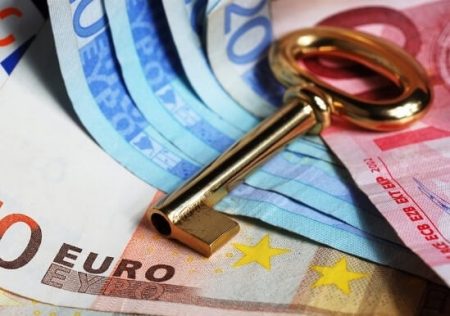 Tolerance in late payment of rent

The tolerance in the late payment of the rental income does not imply the tacit consent of the landlord and may be cause for termination.
NOVEMBER 10, 2021
5 min read 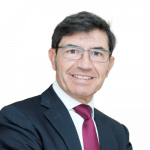 Although it is a non-peaceful issue and therefore discussed, the majority of the Courts are of the opinion that the mere tolerance in the late payment of rent does not imply consent on the part of the landlord and therefore is cause for termination of the rental contract.

On many occasions and for different reasons, the tenant does not pay the rent within the period established in the lease or, failing that, and in the event that nothing has been said, within the first 7 days of each month, as establishes article 17.2 of artículo 17.2 the Urban Leasing Law.

As he wants the payment of the rent  pago de la renta by the tenant to be the main obligation that he assumes with the contract, his non-compliance within the stipulated or legal term is cause for termination of the lease.resolución del arrendamiento

What happens when there has been a tolerance for late payment of rent for a certain time?

Although there are some judicial resolutions that consider the opposite (as we will see from the sentences that we have reviewed at the end of this article), the general criterion considers that "although the landlord has allowed the tenant to pay the rent late, this tolerance in late payment of the rent does not imply a permissibility for him to pay the rent whenever he wants", therefore there is no tacit consent for acceptance of this conduct by the lessor, and it may constitute cause for termination of the contract.

Judgments in favor of the resolution of the lease

– Ruling AP Murcia (Section 4) of January 7, 2011:» On the other hand, it should be noted that it has not been proven that the delay in paying the rent for the dwelling had been consented to by the landlord, since there is no proof of this fact, since the tolerance in late collection of some monthly payments rent does not imply that the landlord had tacitly consented to the late payment and that the defendants could decide at their will the date of payment and the number of monthly installments, there being no elements to be able to affirm that the landlord has brought an eviction action against the requirements of good faith or abuse of rights, article 7 , artículo 7of the Civil Code.”

» It is true that throughout 2007, it has not been proven that it happened before that year, the lessor had accepted the delayed payment of up to 15 days, a circumstance that does not allow concluding that there was a tacit agreement to admit the payment of the rent at any moment in time, much less if, as in the case at hand, the rent for the month of July is paid 62 days late and that for August 35 days.”

Judgments against the resolution of the lease

As it could not be less, I also leave you with two sentences where, contrary to what is maintained by the majority current, they consider that tolerance in late payment of rent is not a cause for contractual resolution:

» Regarding the behavior previously followed by the same tenant, it can be seen, at most, mere delays or late compliance on her part, sometimes two or three days and only on one occasion, corresponding to the month of August, the payment It was carried out the following month, a situation that cannot be considered strange within the relations of commercial traffic between companies and that in some way, at least up to the present moment and without prejudice to the precedent that this procedure has regarding future relations, have been consented or tolerated by the lessor."

» It is required, in each case, to assess the behavior assumed by the contracting parties throughout their rental relationship and especially certain tolerated behaviors that may give the tenant a sensation or feeling of trust or security to act in accordance with the law being protected by a tacit agreement between the parties, thus avoiding penalizing the tenant with enervation, when in reality his will is not directed to a breach of his obligation or non-payment but simply to the maintenance of a use or custom that is tolerated by the property governs their relationship, especially in those cases such as the present one in which the lessor did not communicate in any way to the lessee its intention to promptly demand payment within the 7-day period referred to in article 17 of the LAU.»